A fascinating itinerary where the watchwords are the landscape and the good cuisine, starting from the suggestive archipelago of the Aeolian islands ending with the Arvo lake surrounded by a green frame of pines that have the happy task of generating the cleanest air of Europe ... 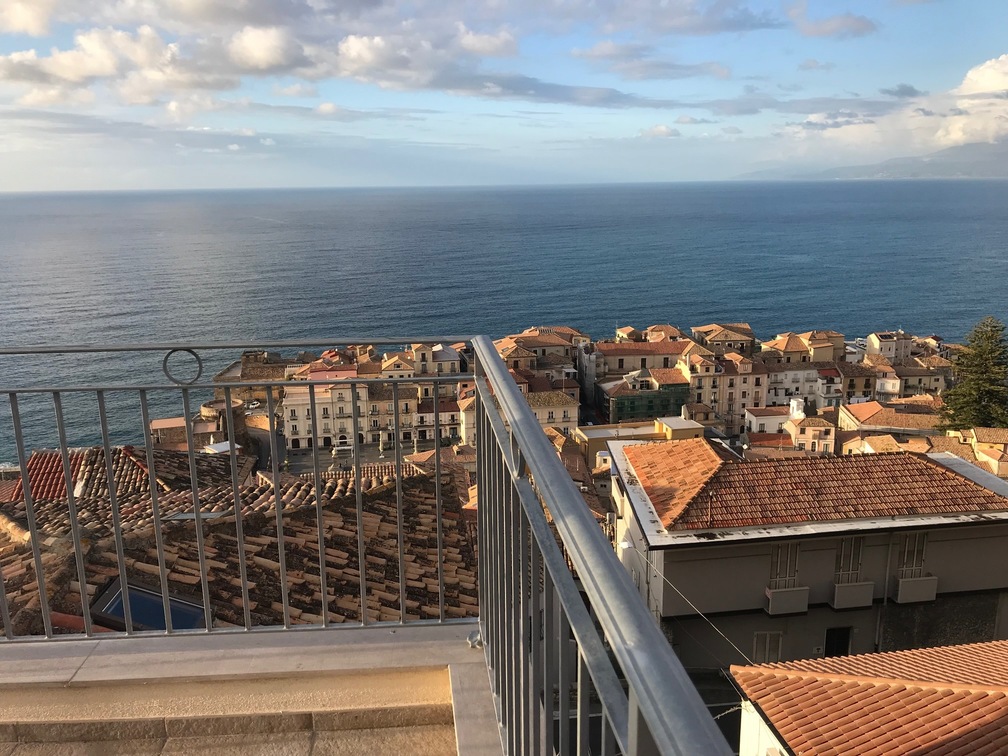 Day 1>> read more
Arrival / Pizzo Calabro
Arrival at the airport. At the arrivals hall we will find our local tour leader who will lead us, by private transfer, to Pizzo Calabro City Center, better known as the Città del Gelato, in English City of Ice-cream, is a coastal village that rises 44 meters overhanging the sea, starting from the north is the first village of the enchanting Costa degli Dei, in English Coast of the Gods, that starts precisely in Pizzo and ends in Nicotera. The old town is characterized by a dense net of alleys, it is very easy to come across one of the many typical restaurants of the place and be so overwhelmed by the flavors of Calabrian specialties appreciating the suggestive lights of the sunset. Check in at the hotel in the hearth of the city. If we have time, depending on the arrival, we can go to the beach and have at disposal beach loungers and umbrellas in a beach club. In the evening welcome dinner with local products in a typical restaurant of the city 200 meters away from the hotel. Overnight in a 3*/4* hotel in the center of Pizzo Calabro. 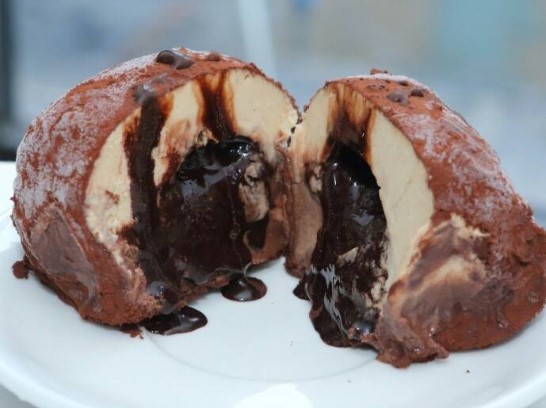 Day 2>> read more
Pizzo Calabro
Breakfast at the hotel. In the morning guided visit of the city with an English speaking guide: the main sites of the visit will be the Old Town, Murat Castle and Piedigrotta Church. At the end of the visit we move to the oldest ice-cream parlour of the city where will take a class on how the famous Tartufo di Pizzo is made, it is a very delicious ice-cream exported and reproduced all over the world. After the demonstration we will taste the tartufo. Free lunch. In the afternoon we go to the beach, at disposal beach loungers and umbrellas. Free evening. Dinner with local products in a typical restaurant of the city 200 meters away from the hotel. Overnight in a 3*/4* hotel in the center of Pizzo Calabro. 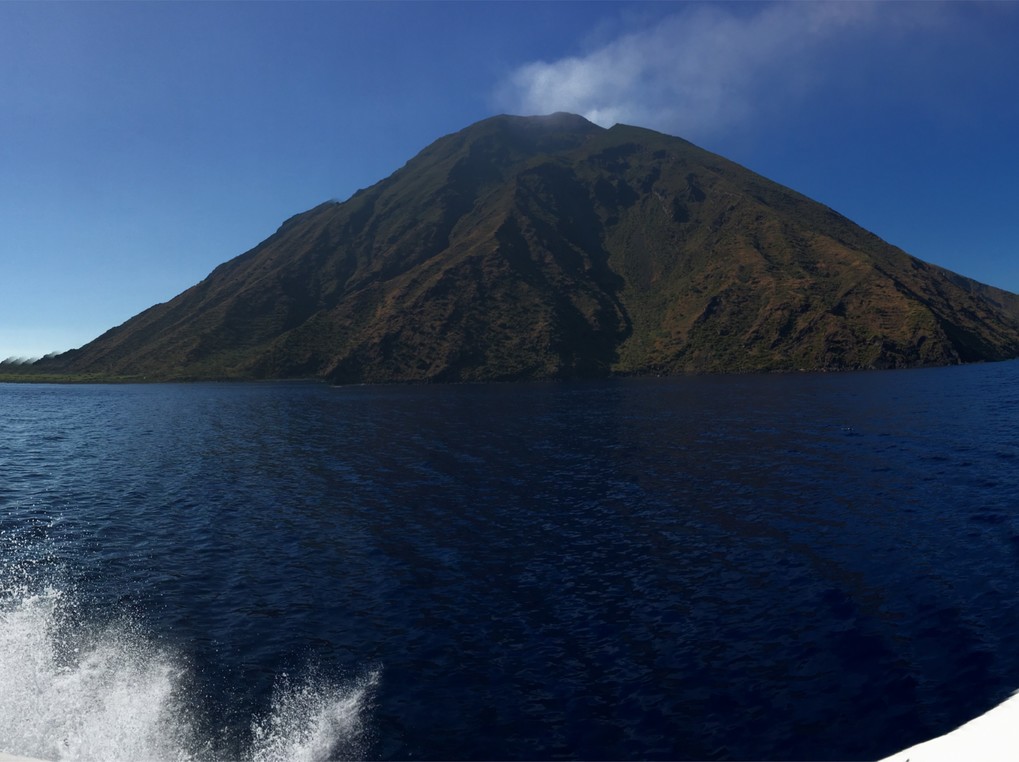 Day 3>> read more
Pizzo Calabro / Aeolian Islands
Breakfast at the hotel. In the early morning we move to the port of Tropea where we will take a boat to reach the Aeolian Islands: Vulcano, Lipari, Stromboli. We will dedicate all day to discover this magnificent volcanic archipelago in the Tyrrhenian Sea west of Calabria, named after the demigod of the winds Aeolus. We will make a stop in each island. In Vulcano there is the famous sulphurous mud with appreciated therapeutic properties. Five minutes away from Porto di Levante, there are the Black Beaches where to take a swim. In Lipari we will stop about 2 hours and 30 minutes. There are numerous activities that can be undertaken on the island: visit the Archaeological Museum of Lipari; walk on the main course; lunch in restaurants and affiliated caterers; Tour of the island by boat or by bus. We recommend the bathroom on the first and last island. We skirt Panarea and circumnavigate Stromboli to admire the famous Sciara del Fuoco. We stop at Stromboli about 1.30 h. we visit the village of San Vincenzo, go shopping or swim or walk on the famous black beaches of volcanic sand. Free lunch. In the evening we return to Pizzo Calabro. Dinner in a typical restaurant in Pizzo. Overnight in a 3*/4* hotel in the center of Pizzo Calabro. 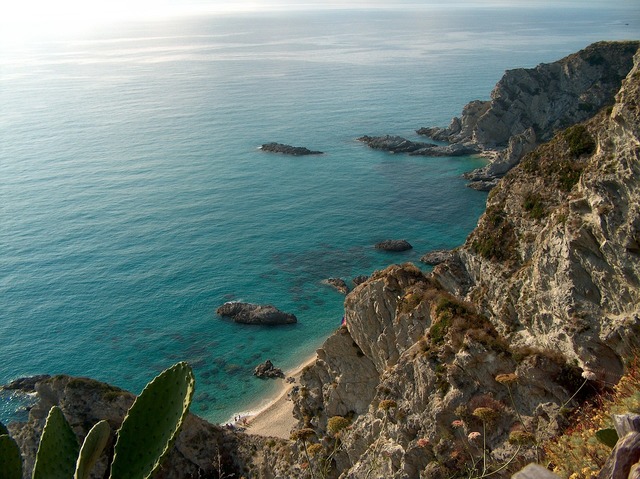 Day 4>> read more
Pizzo Calabro / Capo Vaticano / Francavilla Angitola
Breakfast at the hotel. In the morning we move to Capo Vaticano for exploring the city autonomously and relaxing on the beach. The town is characterized by breathtaking panoramic views, cliffs up to 124 meters high, white beaches and crystal clear sea water. The peculiarity of this place is represented by the Lighthouse, built in 1870 but first activated in 1885. The Lighthouse is placed overhanging the sea level, about 110 meters above sea level, and can be reached via a panoramic path. At disposal beach loungers and umbrellas. Free lunch. In the early afternoon we return to the hotel, then we have a little time to spend at your leisure and regain your strength. Late in the afternoon we move to a winery where Zibibbo Wine is produced. Once arrived an English speaking winemaker will guide us to the vineyard and inside the winery explaining all the various phases involved in the production of wine then we will have a wine tasting accompanied by local products enjoying an amazing breathtaking view on the coast waiting for the sunset. Free dinner. Overnight in a 3*/4* hotel in the center of Pizzo Calabro. 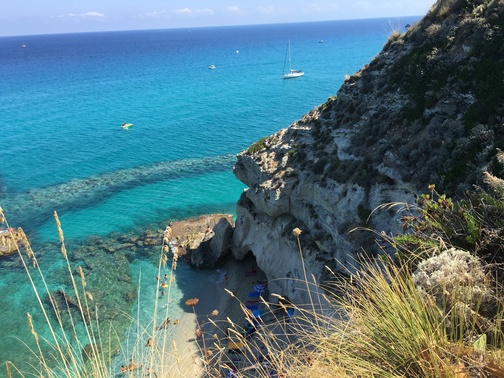 Day 5>> read more
Pizzo Calabro / Spilinga / Tropea
Breakfast at the hotel. Free morning, at disposal beach loungers and umbrellas. Late in the morning we move to Spilinga, town famous for the production of ‘nduja, typical Calabrian spicy salami. Here we will visit a farmhouse where we take part into an experiential enogastronomic tour tasting Calabrian salami, pasta, meat, local cheese and wine, during the lunch we can enjoy an amazing breathtaking view on the coast. In the early afternoon we move to Tropea, also known as the Pearl of Calabria, stands on a promontory between the Gulf of Gioia and Sant 'Eufemia, is famous for its crystal clear sea and white sandy beaches. The city of Tropea, as well as a seaside resort, is above all a historic city in fact an ancient legend tells that the founder of Tropea was Hercules who passed and stopped on the Coast of the Gods while returning from Spain. Here we enjoy the rest of the day exploring the city autonomously, do not forget the Sanctuary of Santa Maria dell’ Isola and the old town and finally relaxing on the beach, at disposal beach loungers and umbrellas. Free evening. Dinner at the Pizzeria. Overnight in a 3*/4* hotel in the center of Pizzo Calabro. 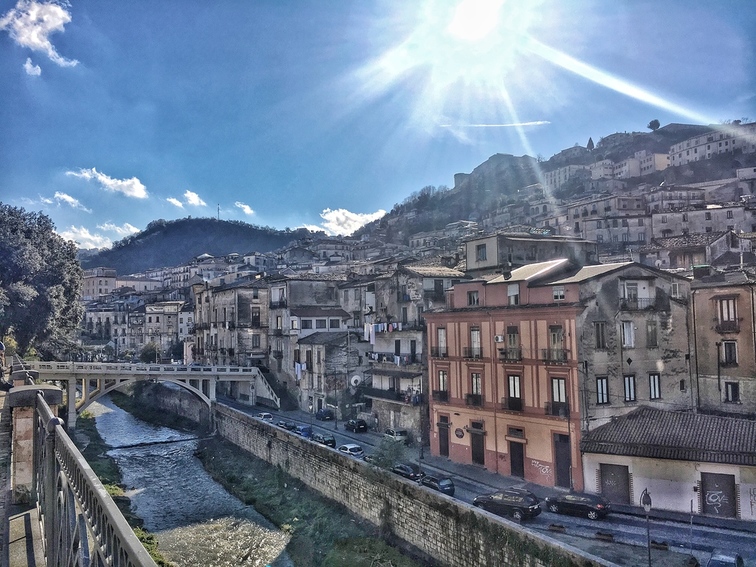 Day 6>> read more
Pizzo Calabro / Cosenza / Camigliatello Silano / Lorica
Breakfast at the hotel. Private transfer to the city of Cosenza, founded by the Bruzi in the fourth century BC, is located on the seven hills in the valley of the River Crati, since 2008 is recognized as City of Art. The ancient part of the city, better known as Old Cosenza, reflects the conformation of the ancient hill centers and is characterized by narrow and winding alleys along which small buildings and elegant palaces rise up. Inside the main avenue of the city, Corso Mazzini, nicknamed by many travelers as a small Broadway, stands the MAB, an open-air art gallery that houses priceless works. Once arrived we will take a short tour of the city including a visit to the Swabian Castle, dated 937 AD, located on one of the seven hills of the city at 383 meters above sea level. After the guided we taste an homemade ice cream in an ice cream shop owned by a very important ice cream maker. Afterwards we move by private transfer to Sila National Park, used by the Greeks and Romans for the construction of ships, is also called the Gran Bosco d'Italia in English The Big Forest of Italy. The Sila National Park covers an area of 73,695 hectares rich in suggestive itineraries and exciting landscapes, mountains and enchanted valleys, spectacular plants and a great variety of animals, in the plateau is practiced pastoralism, with forms of transhumance and mountain pastures that are still preserved today, with an agriculture mainly linked to the cultivation of the PGI Sila potato. Among all the national parks is the one with the highest percentage of wooded land, around 80%. Worthy of note is the result of a recent study carried out on the plateau that classifies the Sila air as the cleanest in Europe. Monte Botte Donato is the highest peak with a height of 1928 meters. A break is scheduled in the small village of Moccone to savour an amazing sandwich made with flour and genuine zero kilometer products, immersed in the infinite green that surrounds the Cecita lake. In the afternoon we move to the near village of Lorica, check-in at the SPA hotel, free time at disposal. Afterwards we access to the SPA of the hotel which offers sauna, Turkish bath, aromatic showers, relax area, solarium, massage cabins and beauty centre. Free dinner. Overnight in a 4* SPA Hotel in Lorica. 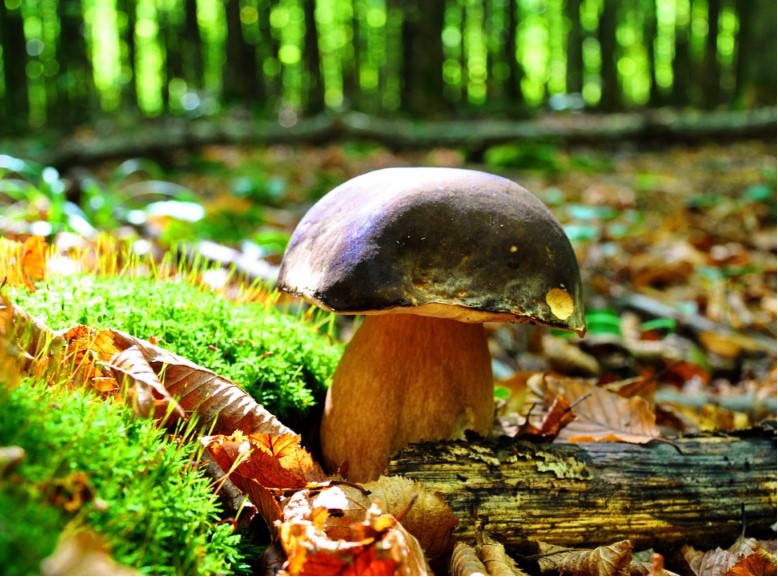 Day 7>> read more
Lorica
Breakfast at the SPA hotel. In the morning we move by private transfer to the shore of the lake for taking an excursion on board a battery powered boat to respect the environment or by using canoes, in this way we have an extraordinary opportunity to admire the one of the most beautiful naturalist and landscape context in Europe. At midday we move by private transfer to a typical farm house not far from the lake, where we will find a nice and loving family that will transmit to us the passion towards these wooded treasures of a thousand qualities. Being in contact with them will help us to better understand the hard and satisfying life of the farmers, in fact at first we will be involved in some daily tasks such as the harvesting of vegetables, feeding the animals, etc., then we will taste the local organic products of this land cultivated at an altitude of 1300 meters. In the afternoon we return to the SPA hotel, free time at disposal. Before the sunset we go by private transfer to the cableway through which we will cover an ascent for about ten minutes and then we reach Monte Botte Donato at 1,928 meters above sea level. Going up with the cable car you have the opportunity to admire in all its beauty the valley of Lake Arvo and, reached the top of Monte Botte Donato, the view that opens in the eyes of visitors is truly breathtaking mainly with the suggestive lights of the sunset, if the weather conditions allow it you can also see the two seas that surround Calabria the Ionian and the Tyrrhenian as well as the top of volcano Etna, the Sicilian coast and the island of Stromboli. Return to the hotel. In the evening dinner in a cozy wooden lodge where the house specialties are: meat, PGI Sila potates and mushrooms all rigorously organic and zero kilometer. Free evening. Overnight in a 4* SPA Hotel in Lorica. 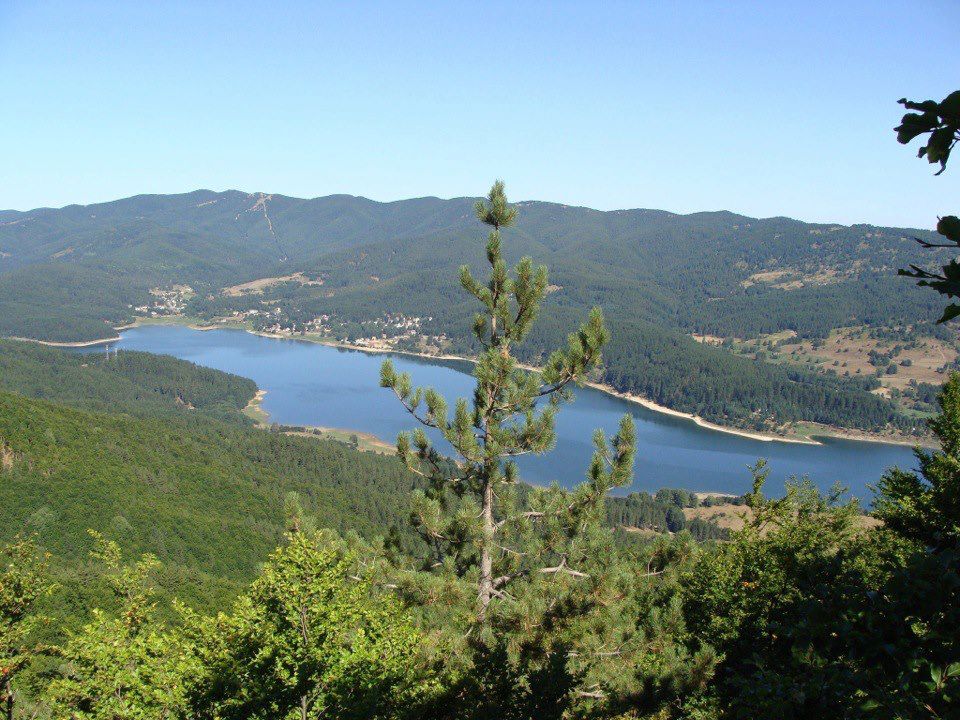